After an extremely successful year on the show circuit for Mertex Texel & White Suffolk Studs it has given stud principals Tim & Basil Jorgensen assurance they are heading in the right direction with their breeding. But scooping the pool in the Geelong Prime Lamb and Carcase Competitions is proof for Mertex that their rams and composite Ewe flock are at the top end in the industry with 10 to 16 week old suckers straight off of mum as that is where the money is, have won on the hoof and on the hook in all three categories.  If sold in the saleyards or over the hooks they still come out on top. 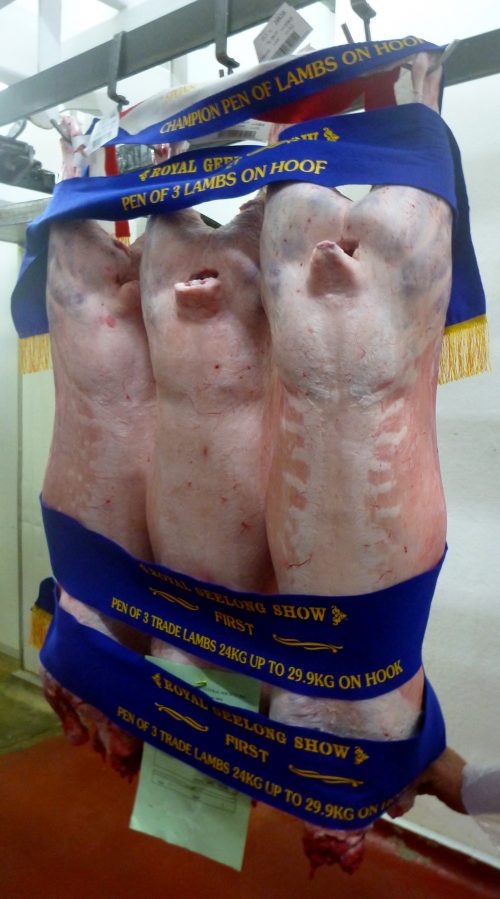 The Lambs were sired by Mertex Texel Rams and out of a mob of 2013 Drop Ewes consisting of ½ Texel, ¼ East Friesian, ¼ White Suffolk that were on their 2nd Lambing. It was like picking straws the drop of lambs were that good I just had to go by their weights at a 52% dress weight straight out the paddock and hoped they didn’t go out of the class as you haven’t got much room to move in the light and medium categories.

Fat Coverage/Distribution: 18pts out of 20