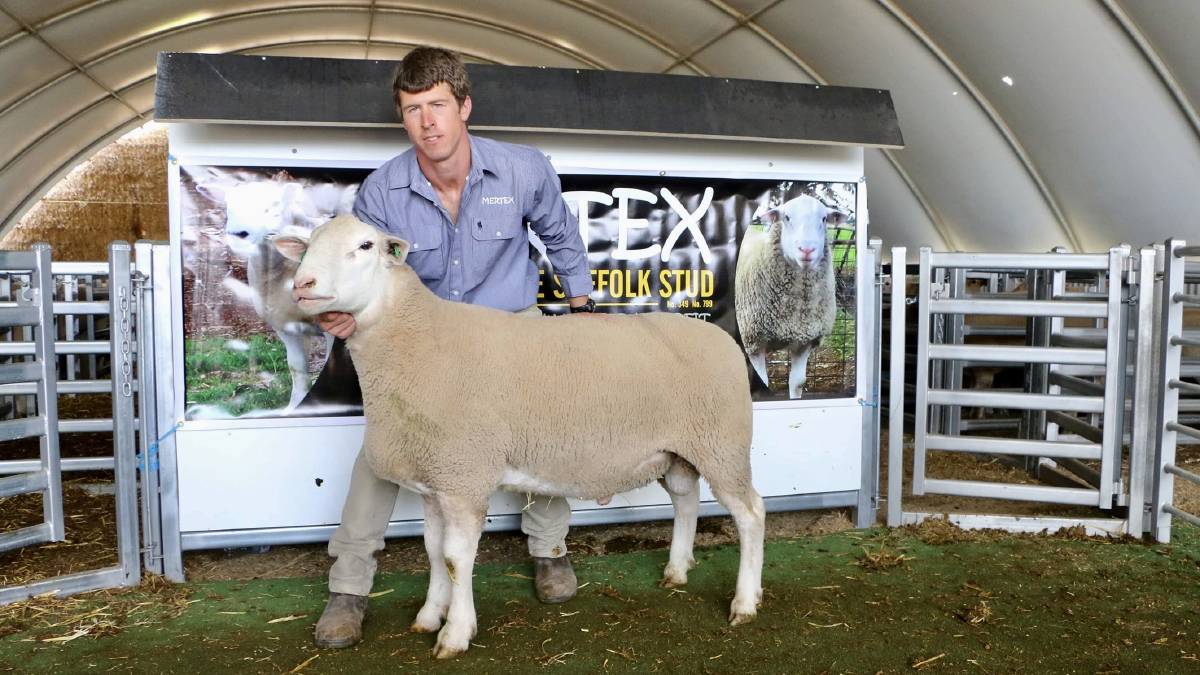 He said the strong competition saw a total clearance of 85 White Suffolk rams at an average of $1728, which was more than $430 above the 2019 sale.

“It was better than we could have ever have expected,” he said.

Mr Jorgenson thanked all the bidders and under bidders for making it such a strong and competitive sale “and I look forward to hearing your results”.

He said the buying group included regular and repeat buyers as well as a number of new clients.

This year the impact of coronavirus restrictions on buyers and interstate travel, meant that the sale was also on AuctionsPlus. Mr Jorgenson said the online platform had been a successful addition with 29 rams being sold online as well as “plenty of activity”.

The August-drop ram weighed 125.5 kilograms and was bought via AuctionsPlus.

A volume buyer with the purchase of 12 rams was Nutrien Ag Naracoorte also via AuctionsPlus. The top of their purchases was $2900 for lot seven an August-drop ram weighing 124.5kg.

The Texel/White Suffolk ram offering saw volume buyer of the Texels was a Westech Ag Kyle Livestock, Kaniva account. Eight rams went to the purchaser to a top of $2800 and average of $2325.